“When I grew older, it didn’t feel normal anymore,” said Marcus Jakob, “I kind of thought I was imprisoned by the country.”

Marcus grew up in the German Democratic Republic, also known as East Germany. The communist nation controlled many aspects of life. Where people could travel, what they could say, and in a sense— even what they thought.

As a child, things seemed normal to Marcus. He went to school, played in tennis tournaments, and hung out with other boys his age… 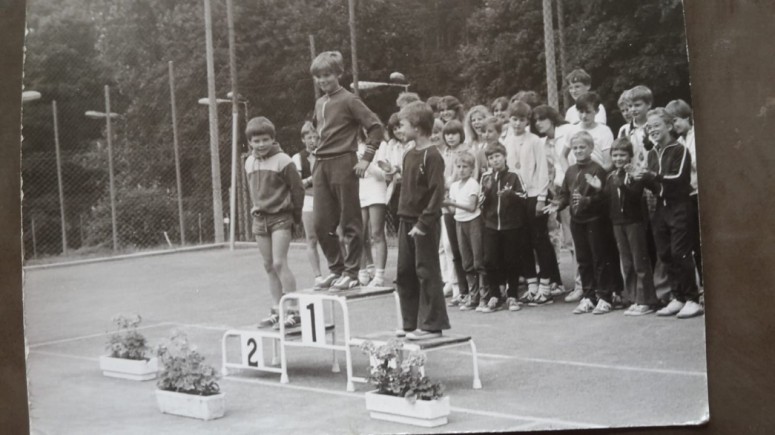 But things clearly weren’t normal. Ninety-three percent of children in East Germany attended Kindergarten, where Socialist indoctrination began. One of the stated goals of the pre-school instruction was to “educate children to love their socialist home and to love peace.”

Marcus attended a Communist youth organization every Wednesday where children would play games and listen to lectures supporting communist politics and thought. He describes it as similar to communist boy scouts.

“We got taught that Communism or Socialism is the only thing to live in,” Marcus explained, “When you get to be like six years old on, children begin to believe that this is true and that there is no alternative.” 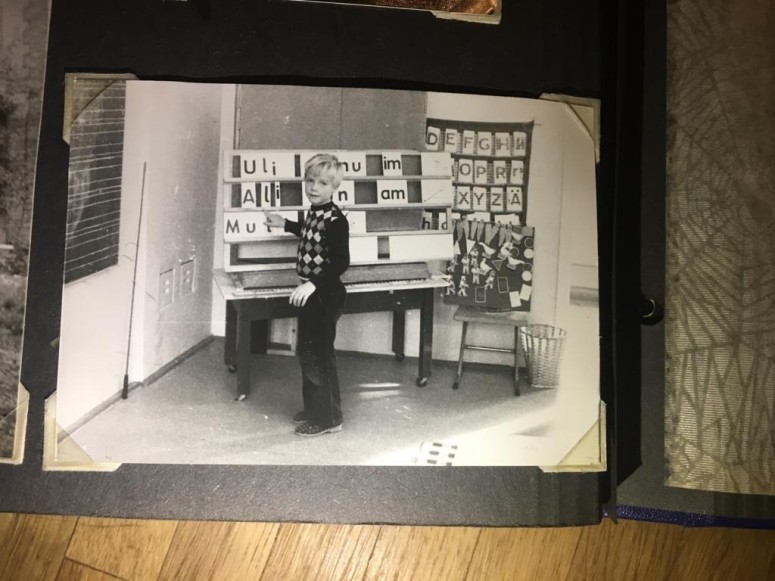 (Marcus Jakob on his first day of school.)

The Jakob’s were under surveillance by the Secret German Police (STASI). His neighbor’s set up cameras and took notes on their daily activities. The records of his family’s surveillance exist today.

When Marcus was about twelve years old, his dad took a work-related trip to Western Germany. Marcus’ dad told his mom, ‘I’m not coming back.’ His parents prepared for Marcus’ dad to stay in Western Germany, not telling the kids of these plans until after the wall fell.

If Marcus’ dad did not return, Marcus would likely be separated from his mom and placed in an orphanage. His mom would go to prison. It would be at least a few years before the family was reunited in Western Germany.

With only one train left, at the last minute, Marcus’ dad decided to return to Eastern Germany. It was a surprise for Marcus’ mom when he walked through the door.

In the summer of 1989, a peaceful revolution sprung up, starting in Churches, where East-German Christians prayed for the nation and sung American spirituals. Gradually the protests began to move towards more massive demonstrations in the streets. Rallies took place across the GDR every Monday and were specifically significant in Leipzig where around 70,000 protestors showed up.

Realizing the evils of the regime, he was living under, Marcus began to participate in various protests and demonstrations.  Two weeks before the Berlin wall fell, Marcus and some of his friends went to Dresden for a tennis tournament and attended a large rally. The protestors showed up in the thousands and surrounded a train station in which refugees from Prague passed through to Western Germany.

Large tanks rolled down the street towards the protestors who quickly dispersed. While sprinting away, Marcus turned onto a side street and was separated from his friends who had also attended the rally. Throughout the next day, he regrouped with his friends— those who had not been arrested. Some friends who were arrested remained in jail for about three days before being released. Around 1,300 people were detained in Dresden protests around October 4th.

In December of 1989— Two weeks after the Berlin wall fell, Marcus was there in Berlin and took a piece from the wall. Berlin was one city divided into two. Without the wall, it was only a five-minute walk into Western Germany.

“That was amazing to see that people could cross the border without fear to get shot, so many people were happy about it and could see their relatives after decades,” Marcus said.

A large offering taken by Phoenix churches allowed Marcus to spend one year as a foreign exchange student at Valley Christian High School in Tempe, Arizona. While at Valley, Marcus became a Christian and decided to bring the gospel to Germany. In addition to helping to plant churches in Germany and lead worship, he is a doctor of pediatric oncology and prays for all his patients.

4 thoughts on “Marcus Jakob Recounts Life in The GDR”